"Please, Aang! Du made me a Promise!"
"NO! Zuko Du know very well i can't do it!'
Katara stood near Von watching them argue back and forth.
"Both of Du stop arguing! Zuko Du know Du did what Du had to do, what Du believed was right!."
"But Katara, i acted as if my father would have, i broke my promise i won't let the Avatar brake his, Aang NOW!"
"Fine...i...i'll do it" Aang was unsure of him self but even Roku sagte he had to stick to his promise. A tear rolled down his cheek as he went into the Avatar State.
Just then Katara herd a nasty, cold, chilling voice.
"Finally I AM FREEEEEED!" sagte the nasty voice ''Finally after a millennial of damnation in this stupid dimension!"
"Who Are Du want do Du want!?" Katara screamed
Aang Concerned came out of the Avatar state "Who Are Du Talking to?"
"I think she is as crazy as Azula!" Zuko sagte with a sly smile
"AM not i know what i herd!" Katara Protested.
"Katara, maybe Du should rest a bit" Aang tried to console her.
Zuko looked up and saw a dark figure. with a deformed face and a mantel that keeps on changing to weird looking landscapes. some look like ours and others are black and white others are even weirder like a 3D model of our world but they have carriages that Bewegen without Pferde and machines that fly without using air-bending.
"what the Hell!" Zuko sagte quizzically.
"what..?" Katara looked behind her and screamed
"are...are...yo-you an un-kown sp-spirit?" Aang studdered and he tried to find the right words to say out of fright.
"I am Diontious. I am a Traveling "Spirit" i Can travel between the dimensions at will. until L i was trapped here Von the go...by evil "spirits"
"That's impossible! Du are probably a fake!" Katara sagte " get out of here Du are no match for the Avatar and the best feuer bender and water bender in the world!"
"oh but dear..." Diontious sagte with a snear "you are very ignorant on your position aren't you!, i will take Du to a different dimension where Du can help me get revenge!" As he neared Katara Aang tried to go into the Avatar state to Save her but it was took late they all passed out. Zuko was first to rise he looked up and saw it was most likely midnight. he looked around..oh no! he thought "Katara!"
----------------------------------------------------------------------
sorry it is so short but it is my first time i will put up chapter 1 if this gets good reviews ..this is my first time so please to flaming ( haters) i will accept criticism if it is constructive (helpful). please Kommentar and let me know thanks ~ Brandon1996
kataanger819, stellamusa101 and 1 other like this
Brandon1996 I Don't own any of these Characters (except any OC's) please no copying this for your credit!
auroraxaurelia Looking forward to more. I liked it. Wish you hadn't changed it so much. Read over it. Fix the un-capitalized i's and leave spaces where paragraph breaks should be. Really like the idea of this though and I really am looking forward to more. :) [For all those wondering, he is my brother so I can talk to him like I did above. :) Sister critique.]
Brandon1996 =] thnxs! plus it doesn't matter I said i'd accept constructive criticism
MissAngelPaws Sounds interesting. I like it ;)
Brandon1996 thanks! 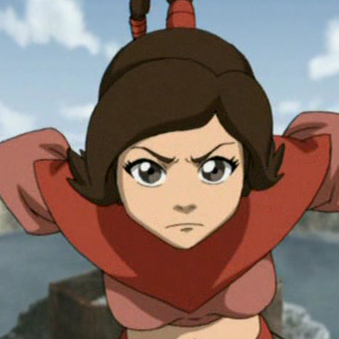 My First Icon :)
added by SkyBendingVee 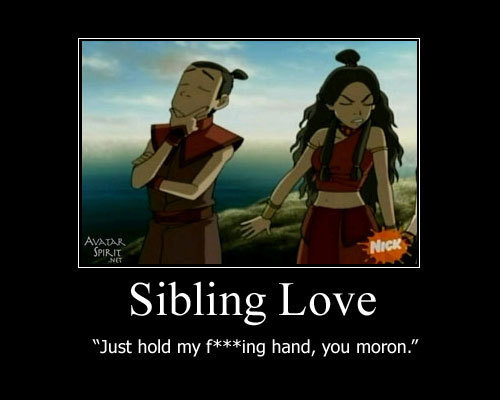 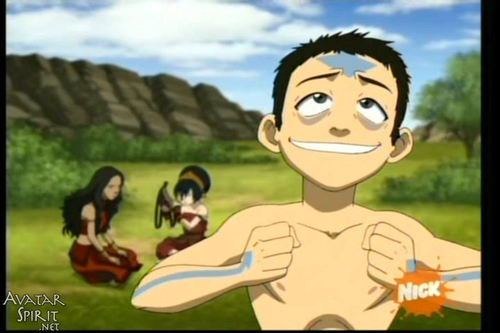 5
group
added by 11relaxing
Source: 11relaxing
17
The oben, nach oben 10 Prettiest Avatar Girls
posted by KataraLover
Most of Du are aware of my old Artikel of the oben, nach oben 10 hottest Avatar girls. Since then I've had a change of opinion, that and some new girls from The Legend of Korra have been added. So please keep in mind this is just my opinion and leave a Kommentar telling me what Du think. 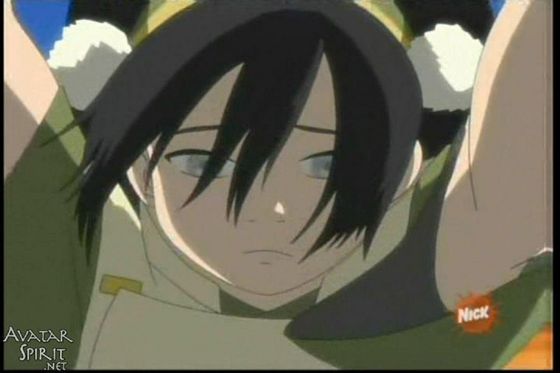 I just had to put her on this Liste because she's really super pretty. For someone who doesn't care about looks she sure looks pretty. She has such pretty messy black hair. Her skin tone really compliments her hair color. Her eyes actually look lovely, even though they're the color of blind....
continue reading... 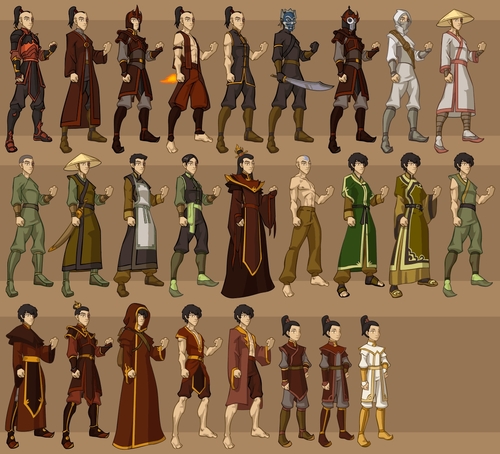 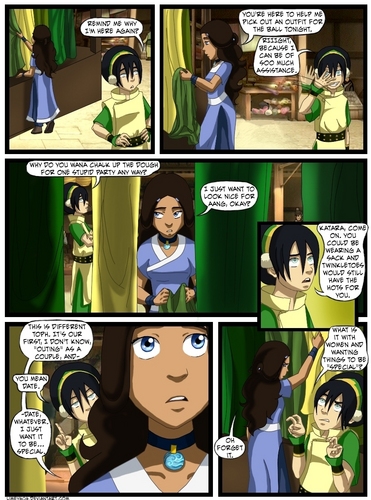 4
The First datum
added by waterbender96 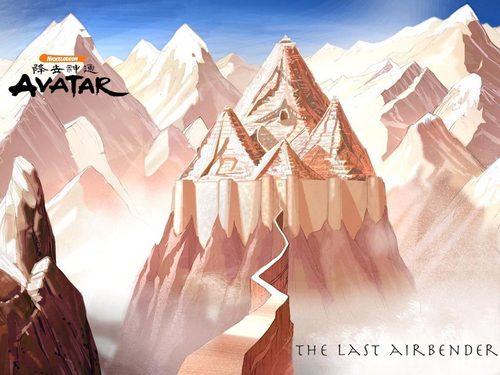 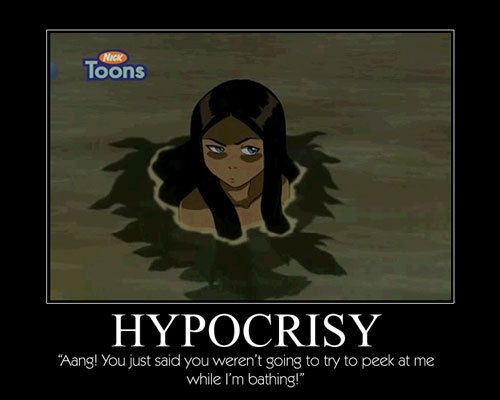 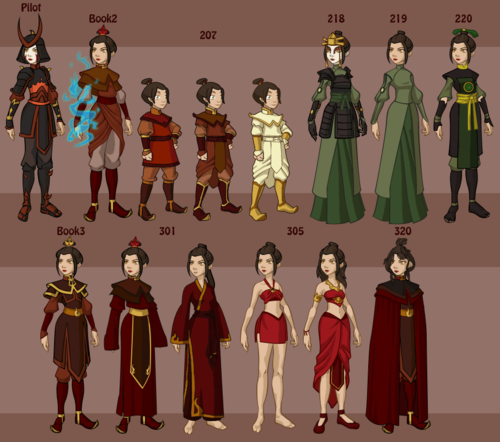 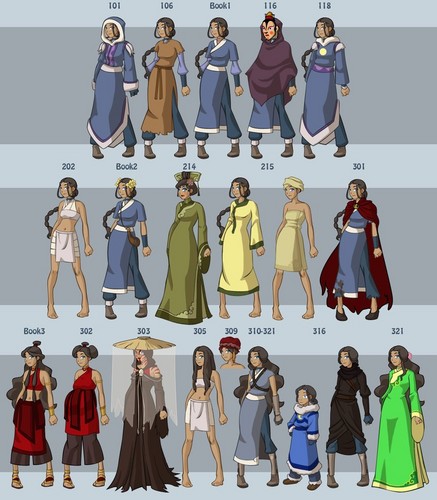 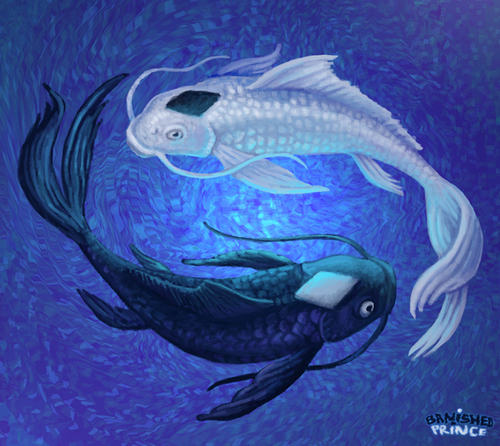 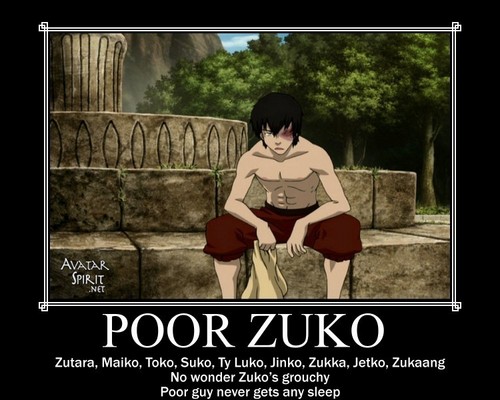 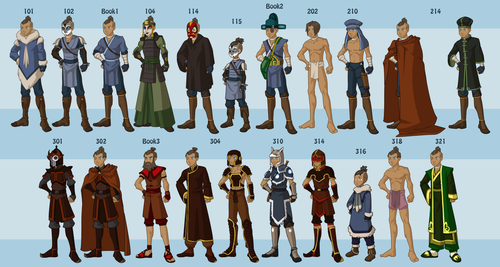 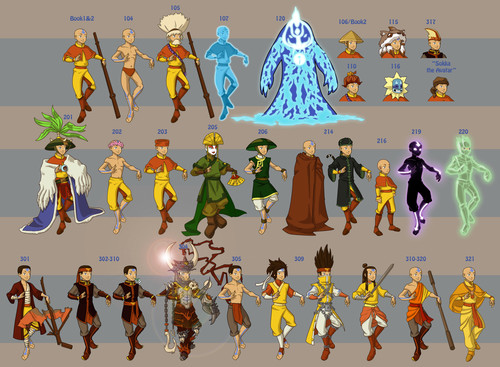 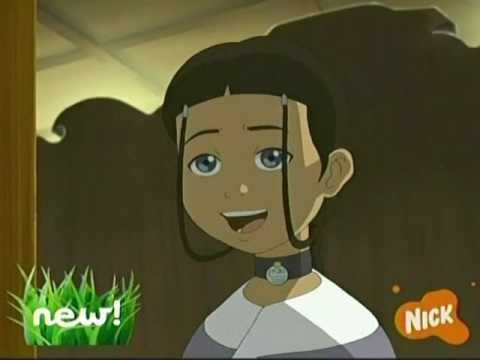 7
Sexy Katara, Naughty Toph, Bitchy Azula
added by trixie123
I did not make this video. I am simply puting it on this Fan page for your entertainment. This video is made Von AnonymousSakura.
video
katara
toph
azula 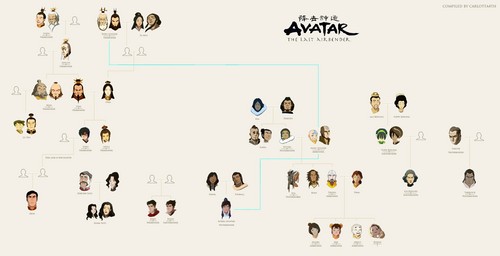 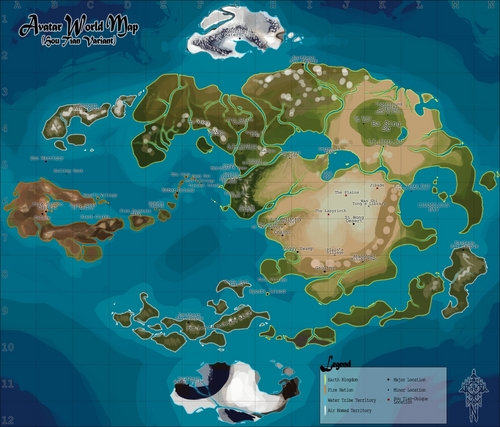 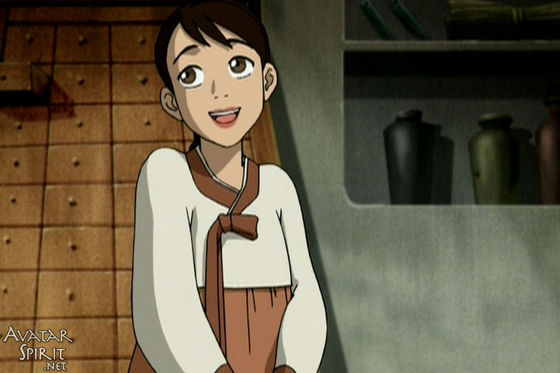 10.Song she's Beautiful but she has a scar on her leg and eye's for Zuko back off he's Mai's 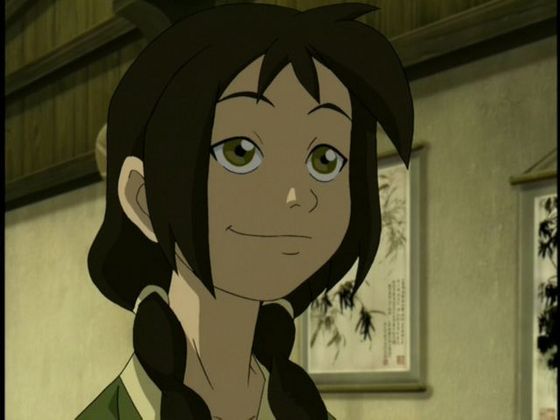 9.Jin she is lovely but she has eyes for Zuko back off he's Mai's 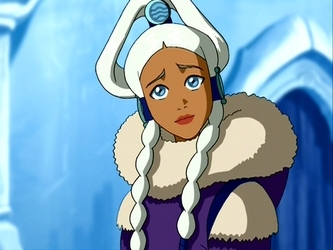 8.Yue she's sexy her white hair is lovely but she's one dead but also she has eyes for Sokka back off he's Toph's 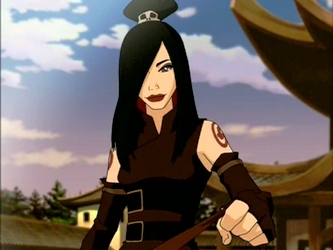 7..June she has a dangous bounty hunter beauty but she has a tatto which is not flawless skin 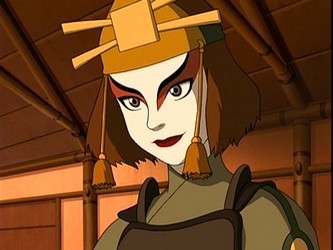 6.Suki she's evil sexy it's like sexy but more edgy I hate Suki but I have to admite she is beautiful I put her here not because I hate her but because her hair is too short and there are more people I know including be that think long hair is better 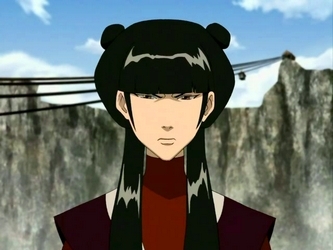 5.Mai she is sleek some people think she's ugly but if she was ugly she wouldn't of have a chance with Zuko she is beautiful and she is different from most I like different but she always has that same wierd hair style and barly makes a facial expression 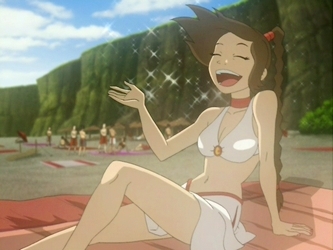 4.Ty Lee she is devine I know some of you are surprised that miss big boobs is not number one but she iss a bit too perky and she is smart but is dizy in the head 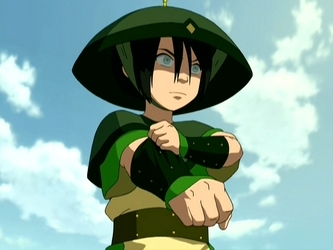 3.Toph she is glowing she is the jewel of the earth kingdom and she's a princess even thought she dosn't care about look she is still hot it's kinda what makes her so hot but a little underaged 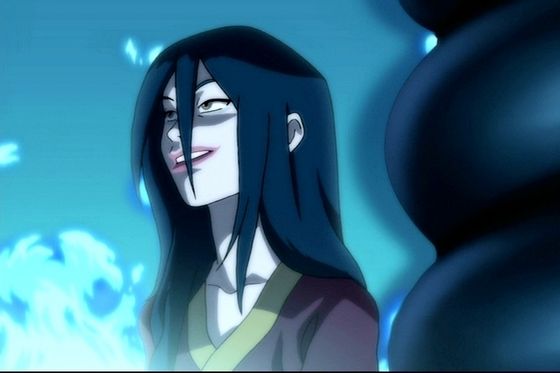 2.Azula she's stunning she's the gem of the fire nation and a princess her hair black as the night sky skin white as snow eyes like gold and lips that put the redest red rose to shame lucky she got her mother's looks her dad is ugly why noy number 1 sligh 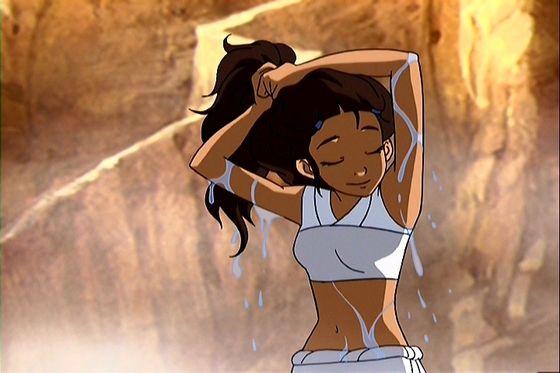 1.Katara she is GORGEOUS she's the gem of the water tribe and the jewel of the avatar world and a princess she has GORGEOUS long brown hair GORGEOUS blue eyes GORGEOUS skin and a GORGEOUS face 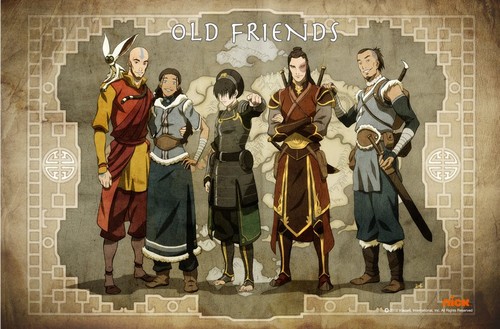 9
An Older Version of the Gaang
added by MJsValentine
Source: Avatar: The Last Airbender via Facebook
More Cards
1234567891011